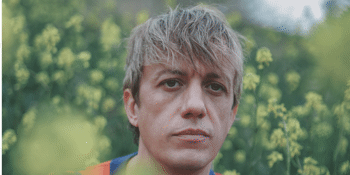 Steve Gunn returns to Australia in the wake of Other You, his sixth studio album released last year by Matador / Remote Control; a shined-up, mid-sixties pop apotheosis in a state of high songwriting accomplishment. Other You is a journey that can’t help but summon up Gunn’s debut Way Out Weather in its transformative ambition and refreshing set of ideas about what was interesting about psychedelia, a love for the guitar as an instrument, melody, timbral originality, a keen ear for production. Gunn's voice and lyrics take a new front seat on Other You, right where we can hear them. There’s a person inhabiting these songs, a subjectivity, not just one of the best guitarists in contemporary music, not just a reporter with a winsome observational genius, here, a singer-songwriter, with a first-person voice, even if the songs seem rarely or only glancingly confessional. Now we have beautiful shimmering melodies, great melodies, and also that aching voice, at the tenor edge, and harmonies, singing up front.

You could imagine listening to Other You on a trans-continental rail journey, or while summiting a mountain range, or while going through an enormous stack of your grandparents’ snapshots, or while baking a cake that has no particular occasion, or while sitting out a pandemic, or while realizing, looking out that window, that it’s okay to set aside your regrets, in this beautiful, hovering now, and listen. Other You features contributions from friends and fellow artists including Juliana Barwick, Mary Lattimore, Bridget St. John, Jeff Parker and Bill MacKay. This collaborative spirit carried into 2022 with Nakama, an EP of reworkings and reimaginings featuring Mdou Moctar, Natural Information Society, Circuit des Yeux and Bing & Ruth.