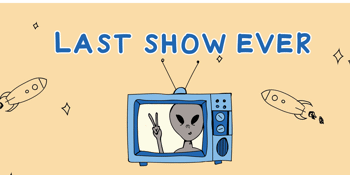 After doing it for a couple laps around the Sun, Blue Velvet are packing the Tarago for one last go of it.
Sydney’s charming Indieheads Blue Velvet have quickly made a name for themselves amongst the lighthearted.
The three piece have channelled their inner goof to shape a unique, cacophonous sound and live show, placing them as an act that can’t be missed.
After making waves in the local Sydney scene, the band’s progression saw a transition from the elements of their emo roots, into a brighter sound which leans into indie-pop more than rock. Following this evolution in 2018, Music Feeds dubbed the band “a well-fed Pokemon” after releasing their EP “A Lesson In Regression”. Slowly followed by the release of their 90s lax lyrical nostalgia single “Soggy Cereal”, they were selected as competition winners by Triple J Unearthed and NIDA to release the music video of the 80s sonic inspired ‘It’s All Gravy’.

Blue Velvet are hanging up their hat as band, and this show is part of their last ever lap around the country. It's the last chance to see Blue Velvet in the flesh: