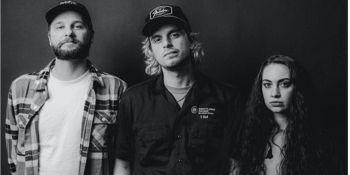 CALLING ALL LOSERS 😈The next instalment of  Locked Door Sessions, presented by Braindead Entertainment, will feature LOSER, Deadshowws and GRUB.

Melbourne’s own LOSER are hitting Sydney for a one-off show at The Chippo, with a brand new lineup, playing songs for all you Loser’s out there.

As 2022 starts hitting full steam, the LOSER train has not stopped rolling. With a nomination for AIR 'Punk Album Of The Year' under their belts, and singles 'Skyward' & 'On The Edge' both still receiving regular airplay on JJJ, the band are currently on tour around Australia supporting BUGS and BRITISH INDIA whilst finishing the mixes on their forthcoming EP, set for release through Domestic La La records later this year. With the addition of supremely talented drummer Emily Car providing the beating heart for their next chapter, it's easy to see why the excitement around LOSER has begun to reach fever pitch