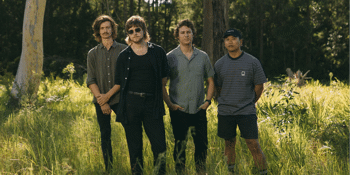 with Special Guests
Waywards (The Bank Hotel) (Newtown, NSW)
Saturday, 6 August 2022 8:00 PM
32 days away
18 Plus
Music
Indie
Rock
Australian Artists
Send this event to
Fripps have been kicking since 2013 and have released two EP’s with multiple singles featuring on the Spotify UK Viral 50 and The Indie List. Before the world shit itself the boys were fortunate enough to tour nationally, play a handful of Australian festivals and feature at the 2019 SXSW music conference in Austin, Texas. Like a lot of bands globally, the boys had been grinding hard and are ready to re-ignite that energy in 2022 with a handful of singles, tours and other goodies in the works already.

The boys are on tour to promote their new single ‘Reflections’ which was written in 2020, where picking up instruments and uniting as a band was challenging. The song grew from a bedroom riff to a jam in our back room, where the majority of our new music came to be. The song was recently finished at Parliament Studios with the help of Jackson Kent and was released on Friday, May 27th.