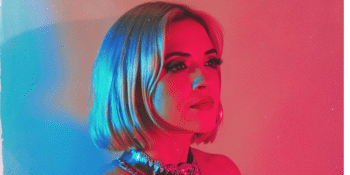 with Special Guests
Waywards (The Bank Hotel) (Newtown, NSW)
Friday, 15 July 2022 8:00 pm
10 days away
18 Plus
Music
POP
Australian Artists
Send this event to
Few songwriters are prepared to be as vulnerably autobiographical as rising Cairns star Greta Stanley - and even fewer possess her gift for evocative storytelling. Stanley’s powerful and distinctive voice is beautifully complemented by the head-turning immediacy of her melodies and her natural charisma as a performer. Her talent has been recognised by national youth broadcaster triple j who have added numerous tracks to their rotation and playlists, and are supporting Stanley's upcoming album tour, for her new album, Real Love in Real Life released on April 29th.

With millions of streams to her name, numerous festival appearances and a list of support slots that reads like a who's who of Australian indie pop (Amy Shark, Tash Sultana, Eves Karydas and countless others), now's the time to get on board this truly exceptional artist, if you aren't already.

Greta Stanley's album tour Real Shows In Real Life is not to be missed, as she and her band appear live across the country, playing new songs and a growing collection of her classics, including ‘When January Comes’, ‘Kick’, ‘Soak Into This’, ‘Red Earth Dirt’, ‘Come Undone’, and more.