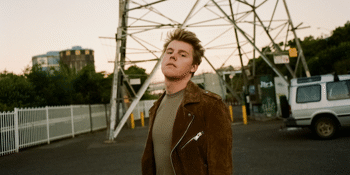 with Special Guests
Waywards (The Bank Hotel) (Newtown, NSW)
Thursday, 28 October 2021 8:00 pm
Today
18 Plus
Music
Send this event to
Fergus James’ presents his first single of 2021, his anthemic new bop ‘Backseat’ and announces a headline east coast tour for October.
‘Backseat’ follows last year’s standalone single ‘Good Man’ (the follow up to his acclaimed debut EP All Of The Colours) which was added to rotation at triple j, saw spins on Southern Californian community tastemaker show We Found New Music on 88.5FM and took off at streaming with adds to Spotify’s The Local List and Pop n’ Fresh and Apple’s The A-List: Pop and Pop Chill, accumulating over 750k streams to date.
Fergus’ All Of The Colours EP featured singles ‘What Are We Waiting For’, ‘Back To Life’ and ‘Mistakes’, all of which took out the title of #1 most played song on triple j, and have clocked over 10 million streams to date. After winning the triple j Unearthed competition in 2019, he played the mainstage at Splendour in the Grass and sold-out the Sydney and Armadale legs of his first headline tour.
With the release of ‘Backseat’, Fergus is thrilled to announce an east coast headline tour for October. Playing shows in Brisbane, Melbourne, Sydney and Wollongong, fans are urged to secure their tickets for what will be a phenomenal tour!

- Hand sanitiser dispensers on entry  and throughout venue

- Regular sanitising of the venue and full clean after each day.